Having visited Nicaragua just prior to and immediately following the elections which initially ousted the Sandinistas from power in 1990, I was struck by the news this week from Rome.

Evidently sometime in the last few weeks, when exactly remains unclear, Pope Francis lifted the canonical penalties imposed by Pope St. John Paul II on Father Ernesto Cardenal in 1984. Father Cardenal was a colorful character who had been suspended from his ministry for holding the cabinet position of Minister of Culture in the Marxist Sandinista government of Nicaragua from 1979 until the ministry was closed in 1987 in the face of Nicaragua’s economic collapse.

Father Cardenal was one of many priests who, in my estimation and evidently that of St. John Paul, undermined their vocation under the influence of Marxism and liberation theology to serve the brutal and destructive Sandinista regime,

The Code of Canon Law prohibits priests from holding partisan political offices. After repeated attempts by the Vatican and their religious orders to convince them to resign their positions in the Sandinista government, Maryknoll Father Miguel D’Escoto, Father Cardenal and his brother, Jesuit Father Fernando Cardenal, the Sandinista education minister, were suspended. A fourth priest, Father Edgar Parrales, who was ambassador to the Organization of American States, requested laicization.

Father Cardenal’s brother, Father Fernando Cardenal, S.J. was readmitted to the Jesuits in 1997 after renouncing his membership in the Sandinistas. More recently Pope Francis lifted the suspension of Father Miguel D’ Escoto in 2014 after having been petitioned to do so however, as late as 2017 Father Ernesto Cardenal remained unrepentant,

In a January 2017 interview, Cardenal said that his suspension was still in place and he was “not interested in their lifting it.”

Evidently, from statements reported by the Catholic News Agency, he recently had a change of heart,

“The Holy Father has graciously granted the absolution of all canonical censures imposed on Rev. Father Ernesto Cardenal, accepting the request he had recently made to him through the Pontifical Representative in Nicaragua, to be readmitted to the exercise of the priestly ministry,” said a Feb. 18 statement from the Apostolic Nunciature of Nicaragua.

The statement, signed by Archbishop Waldemar Stanislaw Sommertag, the apostolic nuncio to Nicaragua, said that “Cardenal has been under suspension of the exercise of the priestly ministry for 35 years due to his political party involvement. The religious accepted his canonical penalty imposed on him and has always observed it without carrying out any pastoral activity. In addition, he had abandoned all political commitment for many years.”

I pray that Father Cardenal, having been reconciled to the Church, has rejected the theological and political ideology that caused so many to suffer in Nicaragua under Sandinista rule. Daniel Ortega, under whom Father Cardenal served as Minister of Culture, again rules Nicaragua with disastrous consequences for its people. A strong and clear denunciation of the misery caused by the Sandinista regime on the part of Pope Francis would assure the beleaguered people of Nicaragua that his act of mercy in forgiving Father Cardenal ought not be misconstrued as an endorsement of his ruinous political legacy.

If you found this article interesting, you might want to check out the upcoming Acton Lecture on May 30, featuring James M. Patterson, Ph.D. Patterson will be speaking on Venerable Fulton J. Sheen, anti-communism, and Catholic patriotism. Click the button below to learn more and register. 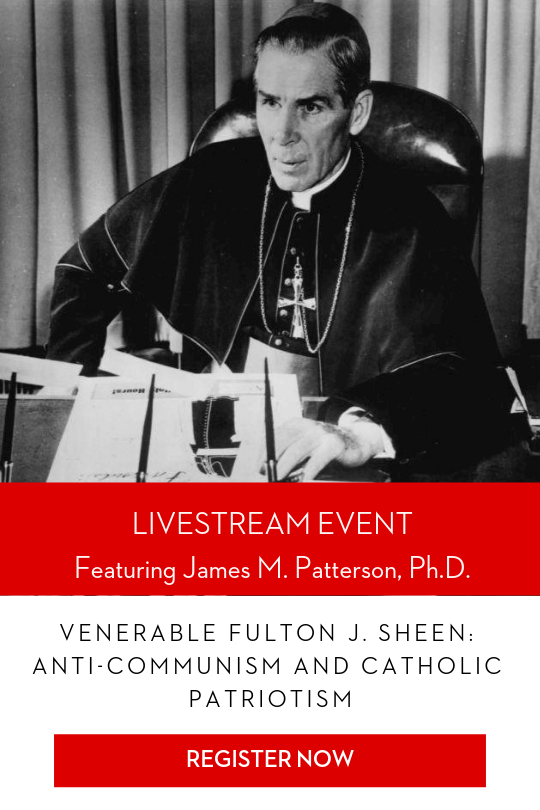