Alexis de Tocqueville’s Democracy in America is primarily and rightly regarded as a work of political science. But the book is also replete with economic observations. One of the most significant was Tocqueville’s astonishment at “the spirit of enterprise” that characterized much of the country. Americans, Tocqueville quickly realized, were “a commercial people.” The nation hummed with the pursuit of wealth. Economic change was positively welcomed. “Almost all of them,” Tocqueville scribbled in one of his notebooks, “are real industrial entrepreneurs.”

America and entrepreneurship were, to Tocqueville’s mind, synonymous. That’s one reason it remains very important to keep an eye on the state of entrepreneurship in the United States. There are few better insights into this than the Indicators of Entrepreneurship produced on a regular basis by the Ewing Marion Kauffman Foundation.

Perusing one of their latest publications, 2017 State Report on Early-Stage Entrepreneurship (February 2019), provides a revealing look into how entrepreneurship in its rawest form is doing on a state-by-state basis. Looking at all 50 states and the District of Columbia for 2017, some of the report’s most salient points include the following:

These numbers tell that the picture for entrepreneurship is quite mixed throughout America, the exception being the survival rate of new firms. That’s relatively consistent across the nation.

It’s also revealing that states as culturally and politically different as Wyoming (0.47) and California (0.44) share very high levels of new entrepreneurs entering the marketplace. Among other things, I think this tells us that entrepreneurship is very much a question of attitude and can flourish in very different settings.

This, I’d suggest, affirms one of the crucial insights of perhaps the world’s foremost scholar of entrepreneurship, the economist, rabbi and Talmudic scholar, Israel Kirzner. In his work on this subject, Kirzner maintains that entrepreneurship is partly a question of people looking through “the fog” of the future that looms before them, seeking opportunities to actualize hitherto unknown potentialities. The term used by Kirzner to describe this process of searching is “alertness.”

Is America still the land of entrepreneurs that Tocqueville suggested it was in the 1830s? Is it a land of “alertness?” The answer is, generally-speaking, yes, though some parts—such as Delaware, Rhode Island, and Pennsylvania—are clearly not.

Obviously not everyone is called to be an entrepreneur. But the unevenness of this vocation across the United States is something that legislators and the shapers of culture need to be concerned about. For entrepreneurs are crucial to the wealth-creation process. When they are absent from a community, everyone in that community loses—and not just economically. 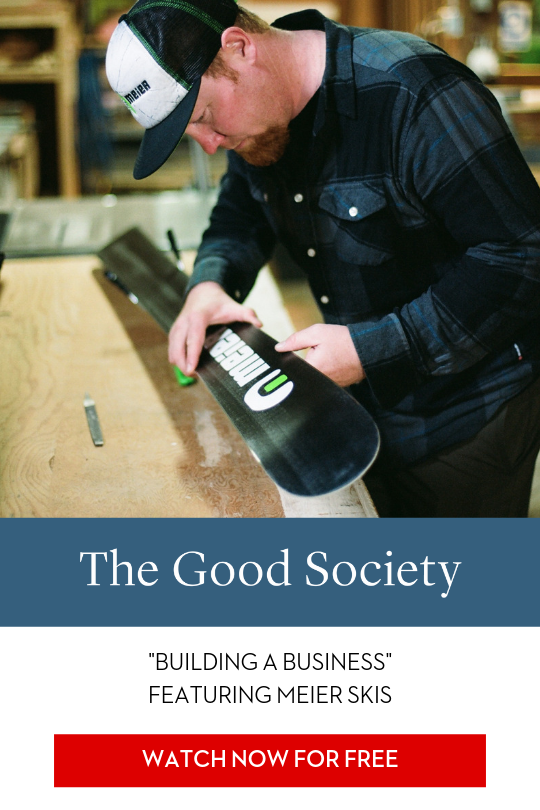