The Malaysian High Court has upheld the previous Malaysian government’s ban on three books including Mustafa Akyol’s ‘Islam without Extremes: A Muslim Case for Liberty’. Akyol is a senior fellow at the Cato Institute’s Center for Global Liberty and Prosperity, where he focuses on public policy, Islam, and modernity. He makes a powerful case for reformist trends in Islam which reinterpret religious law by referring to the moral teachings at its core. His public commitment to political, economic, and religious liberty led to his detention by the Mayaysian “religious police” in 2017.

The High Court ruled that home minister Ahmad Zahid Hamidi acted within his powers in banning the book:

“It was based on his own opinion after taking into account the opinions of experts.

The contents of the book are likely to be prejudicial to public order and interest and likely to alarm public opinion,” said judge Nordin Hassan.

He said the authorities were also convinced that the books were not in line with Sunni Islam and could also cause confusion among Muslims in Malaysia.

The Islamic Renaissance Front, the book’s Malaysian language publisher, protested that the ban violated the Federal Constitution, and that Section 7 of the Printing Presses and Publications Act 1984:

In an immediate reaction, IRF’s Farouk said he feared the court decision today would only encourage the authorities to control books on Islamic topics.

“It seems to me the minister of home affairs has the absolute discretion in banning books that do not conform to the version of Islamic authorities like Jakim,” he told FMT after the court dismissed the challenge.

Today’s ruling is a blow to religious liberty in Malaysia. Mustafa Akyol has lectured at Acton University and is a creative, thoughtful, and tolerant voice for reformist Islam. He welcomes critical engagement from other religious traditions and is eager for dialog as exhibited by his review of the reformed theologian Abraham Kuyper’s On Islam. Akyol will be speaking later this week Thursday April 25, 2019 at the Acton Institute on, ‘Islam and Freedom: The Challange and the Hope’. 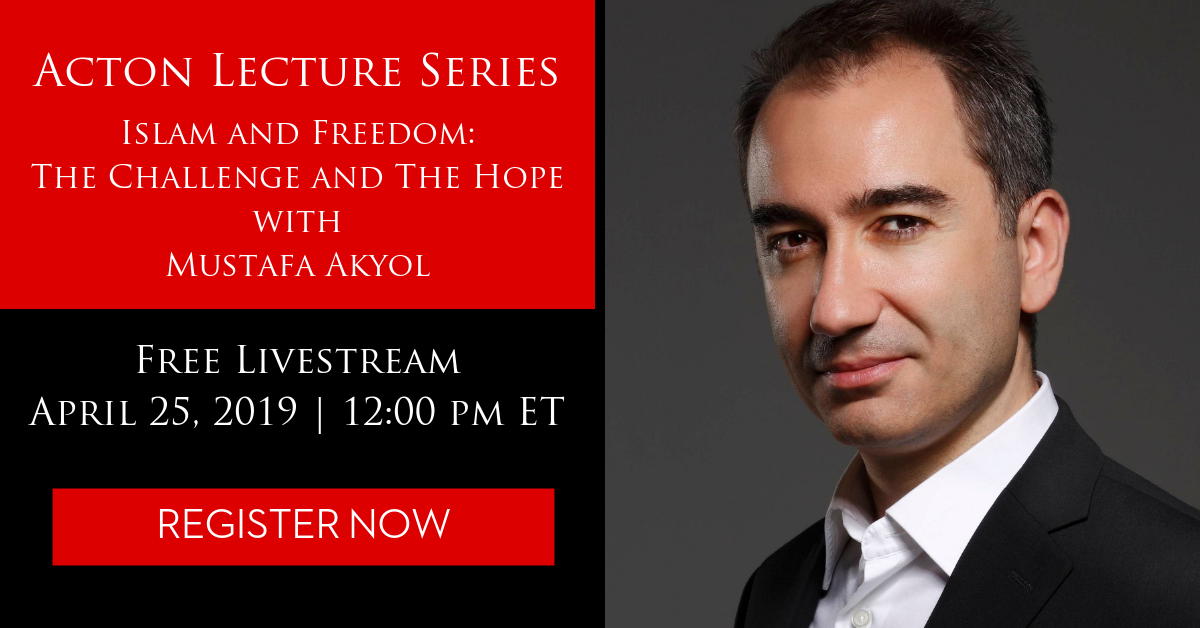