Last month I met with a wonderful family putting Acton Institute resources to good use in the Golden State. Glenn Ballard, the proud father and coach of Katherine (14) and Eliyah Ballard (13), presented me with a case which his girls have been running in their homeschool debate league. In it they argue for substantial reform of the United States’ foreign aid policy from one centered on aid to one centered on trade! The girls artfully frame the debate by quoting Rwandan President Paul Kagame’s remarks in the Acton produced documentary series ‘Poverty Cure’, “There is bad aid, and there is good aid. The bad aid is that one which creates dependencies, but the good aid is that which is targeted to create capacities in people, so that they are able to live on their own activities.”

Katherine and Eliyah have not only grasped and re-articulated this important message but have used it as a springboard for their own research into questions of poverty and international development. It is the Acton Institute’s privilege to share, engage, and inspire others in shaping a freer and more responsible world as these girls have already begun to do.

Later this month the Ballards and many other homeschooling families from all over the country will be gathering to compete in the National Invitational Tournament of Champions (“NITOC”) of the Stoa Christian Homeschool Debate League in Dallas, Texas. I wish the Ballard family and all others competing the very best and hope the tournament inspires all to think through these hard questions. We are grateful to have done our small part to equip, support, and inspire a new generation as they discover and explore for themselves what makes a truly free and virtuous society. 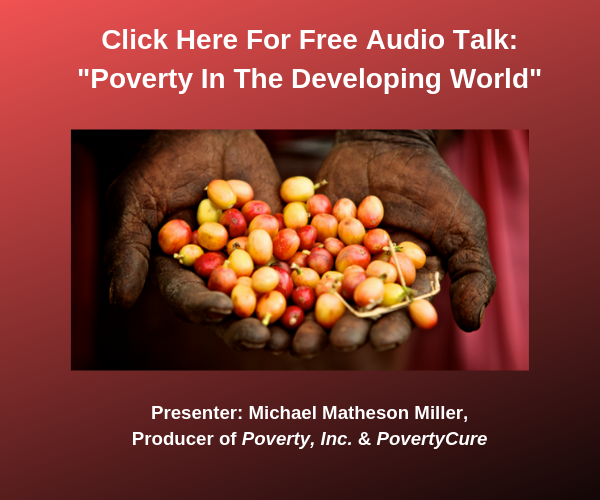