On Tuesday, the Jesuit-run America magazine published an apology for Communism that would have been embarrassing in Gorbachev-era Pravda. “The Catholic Case for Communism” minimizes Marxism’s intensely anti-Christian views, ignores its oppression and economic decimation of its citizens, distorts the bulk of Catholic social teaching on socialism, and seemingly ends with a call to revolution.

While author Dean Dettloff claims to own Marxism’s “real and tragic mistakes,” he downplays these to the point of farce. He admits, without elaboration, that “Communism in its socio-political expression has at times caused great human and ecological suffering.” That seems a rather anodyne way to describe decades of imperialism, censorship, and torture; the Gulag archipelago, reeducation camps designed to eradicate the victim’s entire personality, and the systematic industrial slaughter of 100 million people (and still counting in North Korea, China, and Cuba).

In this America essay, the plight of Communism’s victims is reduced to the level of “ecological suffering.”

Similarly, Dettloff obfuscates about Communism’s hatred of religion in general and Christianity in particular. He will allow only that Marxist-Leninists “were committed Enlightenment thinkers, atheists who sometimes assumed religion would fade away in the bright light of scientific reason, and at other times advocated propagandizing against it.”

Had Communists restricted themselves to propaganda, they would have failed before taking power rather than 70 years afterward. The Bolsheviks murdered 2,691 Russian Orthodox priests, 1,962 monks, and 3,447 nuns in 1922 alone. Dettloff obliquely admits Communists persecuted religious people “at different moments in history” – apparently the Marxist equivalent of “some people did something.” In reality, Communist persecution of the Church was near-universal. The same cycle unwound in Spain, Hungary, Albania, North Korea, and Xi Jinping’s China. Its boot has fallen on the necks of such luminaries as Cardinal Mindszenty, Blessed Fr. Jerzy Popiełuszko, and an obscure Polish priest named Karol Wojtyla.

Before taking Christian lives, the Communists took their property. Lenin wrote secretly in 1922 that the Politburo must use the Bolshevik-inspired famine as cover to “confiscate all church property with all the ruthless energy we can still muster.” He understood, better than Christians, that without property the Church has no earthly self-defense. Wealth gives its holder agency – which is to say, liberty.

Dettloff attempts to reassure his readers that Communists will only despoil “the rich,” not common people. Abolishing private property does not mean the Red Guard will confiscate “the kinds of things an artisan or farmer might own” but only “the kind of private property that most of us do not have”: businesses, capital goods, etc. This assumes that universal human rights depend on one’s class. It overlooks the sacking of Church property, the only opulence most peasants ever saw – property that was truly preserved in common for scores of generations.

More importantly, it again ignores the bloody pages of Communist history. Stalin sent soldiers door-to-door to confiscate all food, utensils – even pets – before starving six million Ukrainians to death in the Holodomor. Had Dettloff been writing 100 years ago, he may be deemed gullible. But with a century of history to draw on, it is hard for Dettloff – a Ph.D. candidate at the Institute for Christian Studies – to plead ignorance.

Yet in his telling, “Catholics and communists have found natural reasons to offer one another a sign of peace.” Dettloff’s cites as proof the fact that numerous Communist organizations (all of which he helpfully links for America readers) allow Christian fellow travelers to work toward Marxist ends,“Christians have been passionately represented in communist and socialist movements around the world,” and some Marxist leaders were former seminarians. (Was Josef Stalin less murderous because he was once an Orthodox seminarian, or Khrushchev because he memorized virtually all four Gospels?)

This is rather like the seductress who estranges a man from his family, then boasts about her connection to his ex-wife. Marxism lured Catholics away from the Christian faith into a false religion of materialism.

The Roman Catholic Church’s unbroken teaching condemns all forms of Marxism and Communism. Pope Pius XI wrote in Quadragesimo Anno that “no one can be at the same time a good Catholic and a true socialist.”

“See to it, Venerable Brethren, that the Faithful do not allow themselves to be deceived!” he wrote. “Communism is intrinsically wrong, and no one who would save Christian civilization may collaborate with it in any undertaking whatsoever.”

Nonetheless, Dettloff argues that Catholics should promote Marxism (and, implicitly, that they should ignore the Magisterium), because “Communism has provided one of the few sustainable oppositions to capitalism,” which is – he asseverates – “an economic system based on avarice, exploitation and human suffering.”

“Sustainable” may not accurately describe an economic system that collapsed in an ash heap after 70 years of bread lines and mass starvation. The economic implosion of every Marxist experiment in human history seems to have passed him by. So does its concentration of all wealth into the hands of state functionaries, its endless class warfare, its history of assigning jobs irrespective of individual choice, and its requirement that all curry the good favor of the political class for a (marginally) better chance at survival.

Presumably, Marxist apologists will argue that these socio-political expressions were “not real socialism.” Yet collectivists believed the regimes were socialist at the time. It would appear that one can only tell a government is not practicing “real” socialism after it fails, the same way that Puritans could only tell a woman was innocent of witchcraft after she began drowning.

The free market brings people from diverse ethnic and socioeconomic backgrounds together in harmonious relationships. It requires people to serve others by providing goods or services they want to buy. Capitalism indisputably generates more wealth and better living conditions for the poor than those living under socialism. And it leaves the worker the fruits of his or her labor and, with it, choice and dignity.

The America piece ends with a call to overthrow this system – and replace it with the greatest system of oppression ever devised – and contains a possible incitement to violence. Dettloff’s press release began by quoting Dorothy Day’s observation, “It is when the Communists are good that they are dangerous.” She warned, in the pages of America magazine, that humanitarian-sounding Marxists lead Catholics astray, persecute the Church, and even kill protesters either side of the debate. Dettloff concludes by saying, “It is when the communists are dangerous that they are good” – an apparent call to revolution in the pages of America. This is fitting since it was Karl Marx, not Lenin, who wrote that “there is only one way in which the murderous death agonies of the old society and the bloody birth throes of the new society can be shortened, simplified and concentrated, and that way is revolutionary terror.” The fact that this violates Catholic doctrine also seems to have eluded America. Otherwise, the editor may have challenged any one of these violations of Catholic social teaching or inversions of reality.

Dettloff is counting on the historical ignorance of his readers, and he likely counts right. Communist atrocities are not taught in public schools or universities. That class time is reserved for the evils of national socialism and the depredations of America’s founders.

But Dettloff also assumes ignorance of Catholic teaching, with which America’s editors should be conversant. The publication of an article extolling the most murderous, anti-Christian ideology of the twentieth century provides scant evidence that they are, or that it animates their editorial decisions. 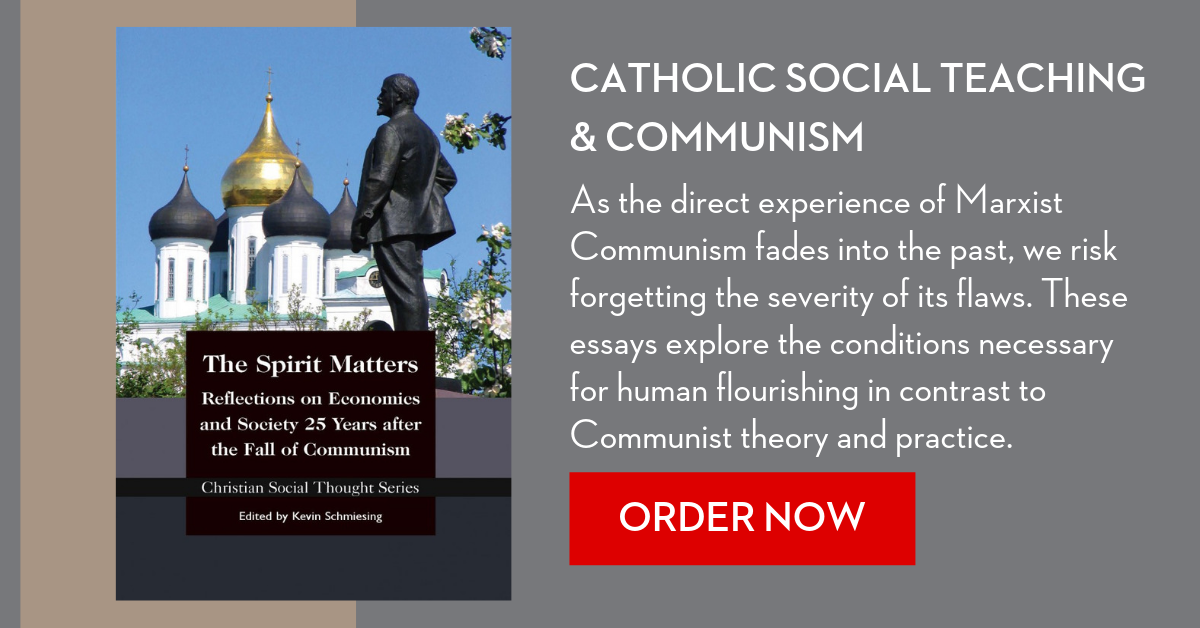 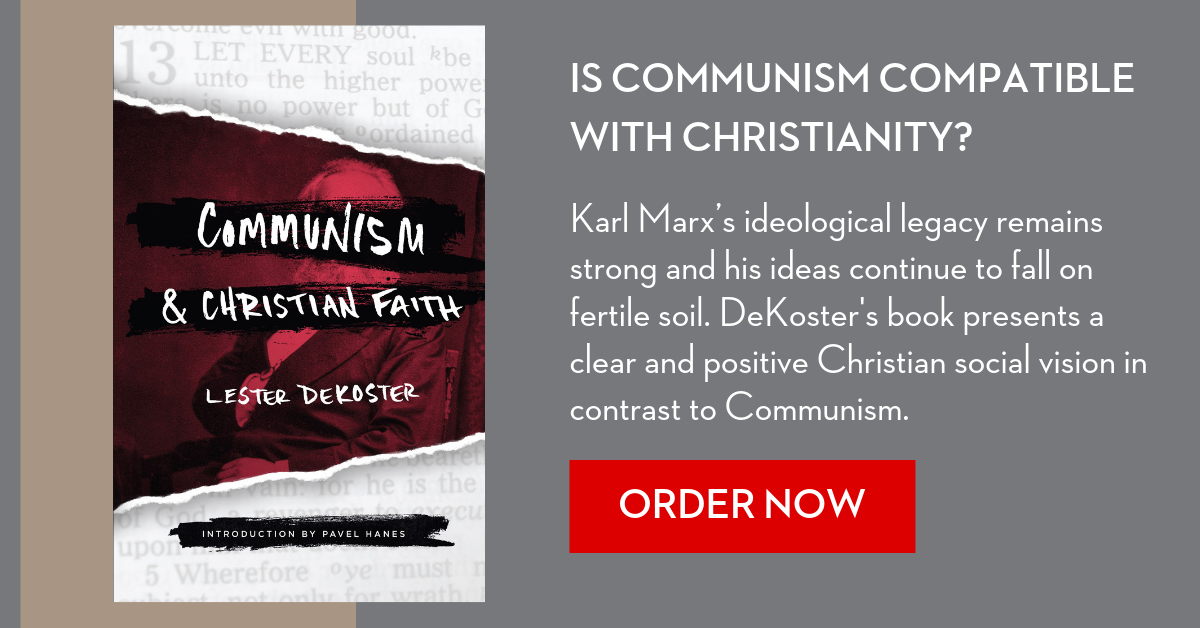