Milton Friedman is one half of the duo so often identified with “neoliberalism” (the other being Friedrich Hayek), the hegemonic power that is typically seen as constitutive of our contemporary age.

Friedman was a brilliant thinker, and one whose ideas warrant attention, not least because of their association with today’s political and economic situation. Oftentimes neoliberalism is connected with an ideology of privatization, which is itself seen as policy intended to empower and prioritize the interests of business and industry.

It’s true that there is a sense in which Friedman emphasized a vigorous and even primary place for the free market in the social order, and the role of firms within that setting; but it is also true that Friedman was more of a proponent of the free enterprise system than of business (and certainly big business) as such. 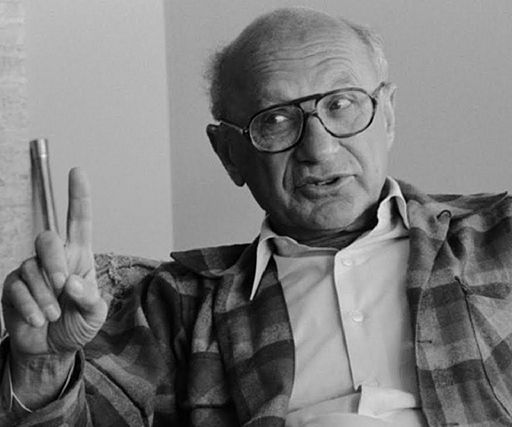 This is why it is important to recall what Friedman actually said about business, and this includes not only his famous argument about the profit motive but also his warnings about business and how it can be one the greatest enemies of free enterprise.

He identifies it as such in various places and contexts, including his 1977 speech, “The Future of Capitalism.” Here he warns that “The two greatest enemies of free enterprise in the United States, in my opinion, have been, on the one hand, my fellow intellectuals and, on the other hand, the business corporations of this country.”

Much could and indeed has been said about the role of “intellectuals” in the free and not-so-free society. But about business Friedman said:

Perhaps these kinds of protestations sound familiar; and if so, Friedman’s thought might well be relevant today for his insights into the deep connections between business and government, sometimes also called “crony capitalism.”