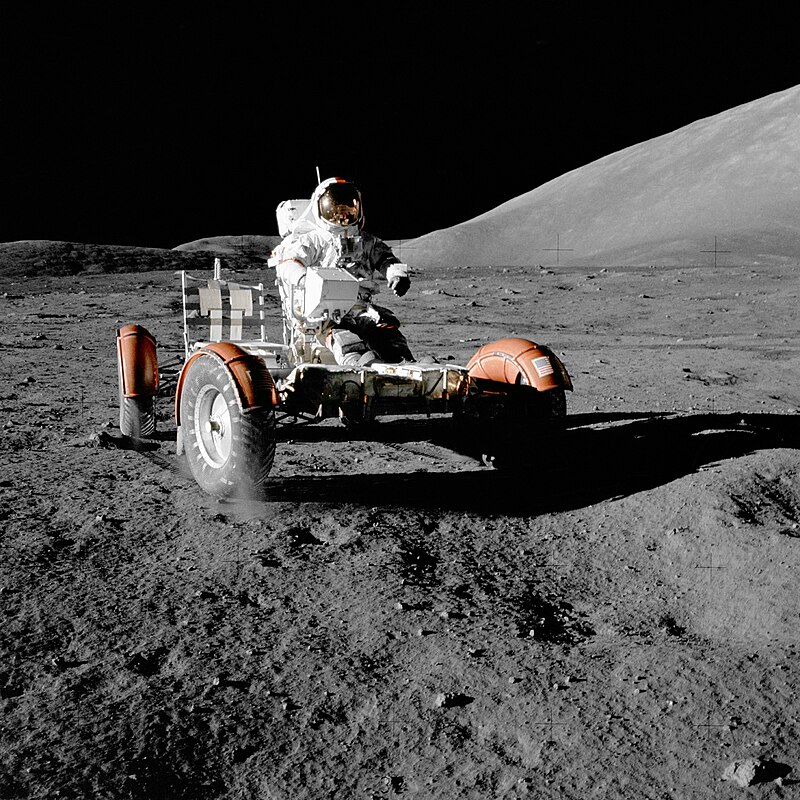 Today marks the 40th Anniversary of the one of the greatest feats of human exploration, courage and innovation: man’s setting foot on the surface of the moon.

Responding heroically to the challenges of the “Space Race” (while its arch-nemesis, the Soviet Union, was clearly in the lead), the United States stood proud to represent the free and enterprising West. To put the challenges of victory into perspective, America was running adrift amid pretty rough waters at the time: two great wars in Asia had taken their tolls on the government’s treasury; cities and communities were torn by civil riots; national inflation was escalating at a record pace; and an irreversible paradigm shift was occurring in its traditional moral values. Sound painstakingly familiar?

Yet, America loved (and still loves) challenges and risks. It excels (and still wants to excel) under pressure. It was the land forged by underdogs, the under-rated, the under-financed, while driven by an ever-zealous entrepreneurial optimism and creativity when facing life’s “insuperable” obstacles.

And all these great values were apparently at stake, as the United States stood boldly united to beat the Russians in a manned-mission to the moon. Americans knew full well that the tides of history would be turned against them had the Hammer and Sickle been raised before the Stars and Stripes on that powdery lunar desert. The American “brand” of innovation and entrepreneurship its citizens had worked so hard to achieve would have received a disgraceful black-eye.

Adding further to the historical and scientific context was the fact that our nation’s pride had already been wounded by the Russians space primacy: the latter were already the first to enter outer space, the first orbit the earth with an artificial satellite, the first to send a man into space, the first to launch an exploratory mission to Venus, and even the first to achieve an un-manned landing on the moon’s surface. All the while, the Americans had been experiencing so many embarrassing setbacks: botched module rendezvous during practice orbits, incinerated heat shields during reentries, communication blackouts during lunar orbits, and even an entire crew sacrificed during the ill-fated Apollo 1 launch.

The Soviets’ level of risk-taking, investment and first-class scientific and technological research had equaled and even surpassed that of N.A.S.A., at least in fulfilling the core objectives of its own space program (though it received much criticism for its successes on the backs its poverty-stricken nation). Nonetheless, the United States found itself coasting not too far behind in 2nd place, while spending wisely and reaping many rewards from the technological and scientific discovery process inspired by this stimulating international competition.

Despite all this negativity, United States did win the race to set foot on the moon. As Neil Armstrong first stepped on the moon, he would begin reversing the way modern history viewed the “planned and disciplined” Soviet machine in lieu of the “gutsy and innovative” personality imbued by N.A.S.A. and the American nation – a spirit that so firmly defined American success during the previous two decades.

Apollo 11‘s landing occurred with no small thanks to a team of men made of the “right stuff”: Neil Armstrong and Edwin “Buzz” Aldrin and Michael Collins. These men, through their own characters, helped the United States raise its own flag in praise of a precious value system. Inspiring their mission were centuries of great persistence, relentless innovation, courage, and self-belief. This “right stuff” of values and training was intrinsically bound to Americans’ success in all walks of life, and not just one 2.5 hour stroll on the moon.

An unforgettable anecdotal tribute to American ingenuity and courage was seen in Buzz Aldrin’s genial use of a felt-tipped pen upon disembarking from the moon. Returning to the lunar module, Aldrin sat horrified as he attempted to reignite the lunar module’s engines: the plastic “START” button had broken off as he and Armstrong crammed into seated launch position with oxygen running low.

What did Aldrin (ergo, “McGiver”) do? He used his own well-trained creativity to avert the greatest nightmare in human space exploration. Removing the cap, he inserted the pen’s tip into the metal switch and reignited the module’s thrusters to head back to Earth!

Setting foot on the moon landing was special, indeed, not so much for its success and challenges, but for the great era of men and women it symbolized so clearly. Americans now in similar circumstances have listened today to Aldrin say “forget the moon, aim for Mars”, as the the 80-year old space veteran encourages Americans not rest on the laurels of their past achievements in order to reach toward new heights of success, despite present economic woes and times of severe character crisis.