Book sales data is hard to come by. Publishers keep their sales numbers close to their chest. The information is valuable. It shapes which authors, designers and editors publishers cultivate as well as which topics, genres and formats they invest in. It reveals the effectiveness of marketing and advertising as well as the weight of a review. In this respect, even the worst sellers provide high quality information.

Best seller lists, such as The New York Times, are the products of propitiatory surveys weighed according to statistical sampling methods that are carefully guarded trade secrets. Why the opacity? To generate unique information to sell to consumers, to prevent publishers and authors from gaming the system and to prevent criticism of what is, by necessity, an imperfect system.

The Acton Institute Book Shop’s latest sale gives you a glimpse into our best sellers of 2019. This list is derived from our own point of sale data and includes titles we publish and co-publish as well as titles from other publishers. It contains quite a few unexpected but pleasant surprises:

Two notable but unsurprising phenomena are also worth pointing out:

Have you ordered anything from the Acton Book Shop, best seller or otherwise? Help out other readers by leaving a review of your favorite products! 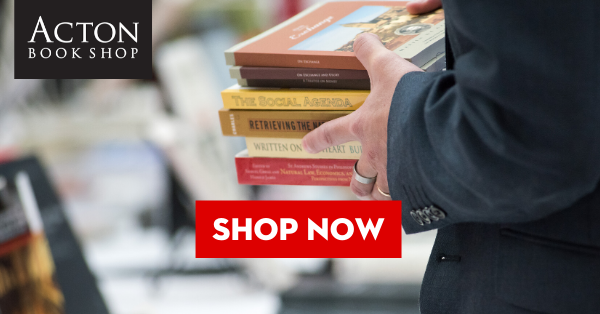