Galatians 2:10 reads, “All they asked was that we should continue to remember the poor, the very thing I had been eager to do all along.” This is the conclusion to the Jerusalem Council, in which Paul and the leaders in Jerusalem are reconciled and unified, and where is decided that Paul and Barnabas “should go to the Gentiles, and they [James, Peter, and John] to the circumcised” (v. 9).

The concluding point that both groups are to keep in mind in their respective ventures is that they “remember the poor.” This will have some important significance for Paul and the Jerusalem Christians later on, as Paul brings the gifts of support from the Gentile churches to relieve the suffering of the church in Jerusalem (see Acts 24:17).

The first volume of the Reformation Commentary on Scripture series includes Galatians, and includes some interesting considerations from various reformers on this text. Luther observes that “it is the task of a good pastor to be mindful of the poor. Wherever the church is there will be poor people, and more often than not they are the only true disciples of the gospel.” Wealth can be a powerful temptation. 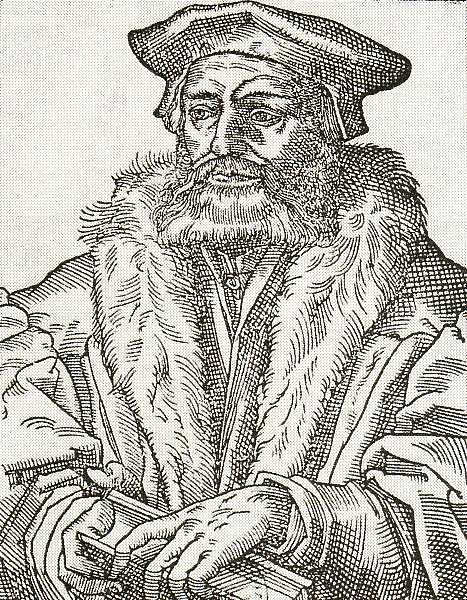 But in the account of Wolfgang Musculus (a little-known reformer with whom I am well familiar) on this text, we find too that poverty has its own temptations. Musculus writes, “There was a great need of this advice concerning both the earthly life of the faithful poor and the nature of religion itself. There was a real danger that not only would their bodies succumb to hunger but also that their souls would succumb to the temptation to defect and revert to Judaism. Hunger is a dangerous persuader and the one most closely linked to poverty” (emphasis added).

This recognition of the relationship between bodily needs and spiritual goods reminds me also of the following from the Puritan Richard Baxter, in a treatise on Galatians 6:10:

Do as much good as you are able to men’s bodies, in order to the greater good of souls. If nature be not supported, men are not capable of other good. We pray for our daily bread before pardon and spiritual blessings, not as if we were better, but that nature is supposed before grace, and we cannot be Christians if we be not men; God hath so placed the soul in the body, that good or evil shall make its entrance by the bodily sense to the soul.