I recently talked to one of Italy’s leading classical liberal scholars, Prof. Nicola Iannello, regarding the outcome of this week’s U.S. presidential elections.

Michael Severance: Thank you, Professor Ianello for joining me today. We value your perspective on the U.S. presidential elections—especially as a Tocquevillian and classical liberal scholar. Many have said that voting in this election represented one the most critical decisions in our lifetime. And this decision comes—in polite terms—as the U.S. is in the process of “Europeanizing” its political-economic culture.

What exactly do we mean by that? What would Alexis de Tocqueville say if he were visiting America today?

Prof. Iannello: I think the United States has long pursued a policy of Europeanization. In other words, America has sought to enlarge the presence of the state in its society, in general, and in the economy, in particular. In this sense, Obama’s presidency is part of a history of continuity.

This very process of centralization of power was described by Tocqueville, especially in the European countries of his own day. He’d probably be shocked today, in the twenty-first century, to witness a massive reversal in the culture personal freedom and responsibility in American culture. What’s more, he might say that America’s tools of resistance of civil society have lost their momentum, even if it remains more the land of freedom, than Europe. At any rate, a second term usually allows the president to expand his government programs, yet it remains to be seen what a Republican House can effectively do to prevent this from happening. 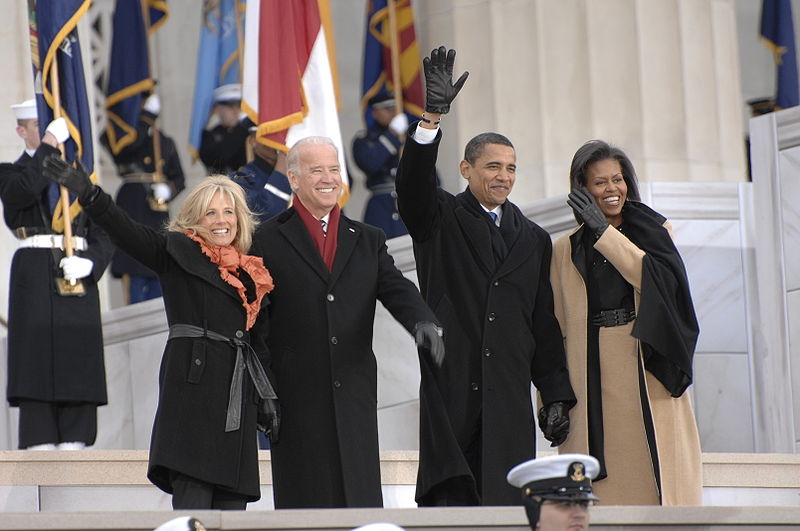 Severance: Is this what we call going “forward?” Why did Obama ever use such a term? Didn’t the “forward” slogan originate as the rallying political-military cry of European socialist dictators? And what does “Forward!”  (Avanti!) mean politically to Italians?

Prof. Iannello: Indeed, “Avanti!” was the very name of the Italian Socialist Party’s historic newspaper, which had embraced the “Vorwärts!” (Forward!) slogan of Germany’s Marxist party. Even Mussolini, in 1911, began using “Avanti!” during his socialist period of rule. Of course, after his slogan of “Change”, Obama needed something else to influence the electorate. “Forward!” communicates the idea of a task to accomplish, a mission to complete.

Severance: I always take time to review the American liberal press to see their reaction and familiarize myself with cultural trends of the political and economic left. On Wednesday, one of America’s most left-leaning outlets, MSNBC, released a video reporting an international “sigh of relief” for President Barack Obama’s re-election campaign.

What did the Italian press say? And what about other European outlets? Is the Euromedia really that pro-Obama?

Prof. Iannello: Sky TV Italy conducted a poll revealing that 95% of Italians support Obama. I think the rest of Europe is more or less of the same opinion. Around our continent, Obama is seen as a politician without blemish, a kind of hero who fights against all injustices brought on by United States and its links to the financial crisis, especially concerning its excesses in the free market. The European intelligentsia is largely statist and, for the most part, made up of former Marxists. This is why they have never digested the success of American capitalism and why they love the American president who is by far for the most “European” the U.S. has ever had.

Severance: It looks like Wall Street also expressed its clear opinion while the Dow Jones dropped over 300 points following the election results. Meanwhile market indexes in the Far East and across Europe took some of their hardest hits since mid-summer optimism. Is there fear of the world heading over the financial cliff along with the U.S.?

Prof. Iannello: I am not a big fan of Dow Jones as a “political” index. I’d be unhappy with Obama’s re-election even if Wall Street had cheered his victory. The world is certainly worried about the United States’ financial situation, but it must also be concerned for its own condition. Europe for example, would do well to think hard about decades of statist economic policies that led to high taxes, high public spending, slow growth and other debt. Anyway, there should be real concern internationally that an American president is pursuing failed European policies.

Last night’s election illustrates that Americans have become a people more dependent on the government. The country will continue to trend culturally and politically to the left. This means that conservative causes that take their impetus from the truths and moral rationality offered by the Judeo-Christian political  and philosophical tradition will continue to be marginalized, the Church’s liberty restricted, and the cultural, moral, political, and spiritual leftism, hedonism,  and materialism, with its attendant anomie and nihilism, will continue the long march through all of our cultural and governmental institutions. . . Given the Catholic Church’s failure to adequately address the cultural, political, and even existential threat posed to it by President Obama’s agenda, the credibility of the Church’s witness has been further eroded and enervated, making the Church less likely to be courageous and effective in speaking the hard truths necessary for personal, ecclesial, and national renewal.  Because of this, the leftist cultural and moral agenda will continue to increasingly form and even invade our personal, familial, and communal lives. The effect on our national life and civil society will be devastating. Trends of cultural degradation, the normalization of what has until recently been widely understood as moral turpitude, along with debt, deficits, and fiscal ruin will likely be accelerated.

Do you agree with Fr. De Vous? Is it really a “game-over” trend for the American conservative right?

Prof. Iannello: The American conservative right has an enormous problem with its leadership. Mitt Romney was not the right guy. He was facing a weak president (federal debt increased by 50%, unemployment never below 7.8%, Medicare will be bankrupt in 11 years) and he failed. The only right thing he said during his campaign was that 47% of Americans were against him, as they are welfare recipients. The leftist political agenda is destroying American freedom in the long run. It’s destroying the moral roots of individual freedom. Christians should be very worried about that.