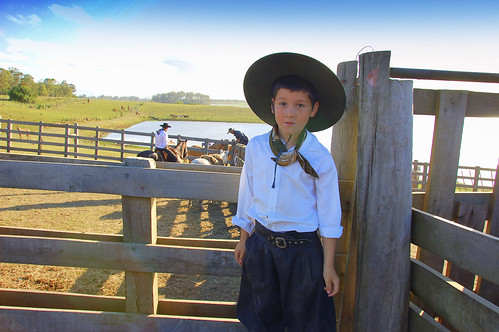 I remember when I was a kid and would ask why we celebrate Father’s Day and Mother’s Day. What about Children’s Day? To which I would receive the inevitable response, “Every day is Children’s Day.” I use the same response now when some smart-alecky kid pipes up with this kind of question.

That may be true, in a sense, but today (Nov. 20) is also “Universal Children’s Day.” This event is a vehicle in part for UN advocacy on behalf of the ratification and implementation of the Convention on the Rights of the Child. In the last issue of the Journal of Markets & Morality, Johan van der Vyver examined the convention, with an eye particularly toward the complications of ratification and implementation in the United States in comparison with that of South Africa, in his piece, “Children’s Rights, Family Values, and Federal Constraints.”

Van der Vyver argues, “There is strong opposition against ratification of the convention from within the ranks of evangelical Christians, based essentially on a perception that the convention undermines family values. However, this article argues that the main obstacle confronting the United States in this regard derives from the constitutional dispensation of federalism.” The basic point, says van der Vyver, is that the autonomy of the family unit is not essentially undermined by the convention, but that the particular polity of the U.S. government and the nature of the process of treaty ratification is what stands in the way of American participation.

The preservation of the family in the midst of sin, writes Bavinck, is an example of God’s grace: “After the fall, God did not abandon humanity; within the heart of husband and wife, of parents and children, he preserved the natural love that he had planted in that heart, and thereby opened a fountain of pure happiness and inestimable blessing for earthly life.”

His text is a valuable exploration of this “fountain” and “inestimable blessing.” He goes on to detail the importance of Christianity for restoration of the institution of the family in the context of sinful corruption:

Just as Christianity bound husband and wife together again, so too it gave parents back to their children, and children to their parents. The wife became mother once again in the true sense of the word, the one who not only gives birth to her children but who also nurtures them. And children obtained rights as well, such as the right not to be destroyed before birth and not to be killed or abandoned as a castaway after birth. In the corrupt society there were actually no longer any fathers and mothers, any spouses and children. But now they were all once again bound together in one circle and in one family; and that family was not merely a part of the state, but it acquired an independent existence and became the foundation of the entire civil society.

Note here the language of rights that Bavinck uses with respect to the child, and what he highlights in particular. Article 6 of the convention notes that “States Parties recognize that every child has the inherent right to life.” What this means and how it is worked out in particular remain matters for significant debate. But in this we can recognize the right to life as the foundation of all other rights, in accord with the larger witness of the Christian tradition.