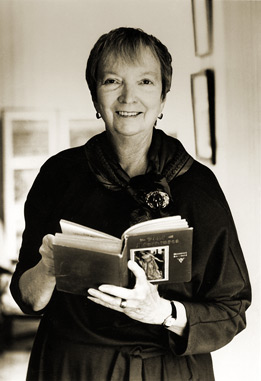 This week the University Bookman published an essay in which I reflect on some of the lessons we can learn from Madeleine L’Engle’s A Wrinkle in Time, especially related to the recent discovery of an excised section. L’Engle, I argue, is part of a longer tradition of classical conservative thought running, in the modern era, from Burke to Kirk.

Although L’Engle’s narrative vision is drenched in Christianity, she is often thought of holding to a rather liberal, rather than traditional or conservative, form of the faith. However, in an intriguing essay published as part of an edited collection by Regnery in 1986, L’Engle describes what the proper role of the church, particularly of her Episcopal church, ought to be with respect to social realities.

I discovered this piece while doing some research for my own small book on the economic teachings of the ecumenical movement. In “What May I Expect from My Church?” the question she raises with respect to the “Anglican establishment” was precisely the one that interested me with respect to the ecumenical movement: “Where and how do I want my establishment to inject itself into secular controversies?”

The essay is well worth reading in full, in part because it shows how L’Engle embodied a deeply articulate and vigorous faith, one that was characterized by liberality and generosity in the best senses. “It is impossible to listen to the Gospel week after week and turn my back on the social issues confronting me today,” she writes. “But what I hope for is guidance, not legislation.”

She goes on to discuss a host of difficult issues, including abortion, divorce, euthanasia, genetic manipulation, and slavery, and her conclusions about the official church’s role are not in every case ones that I agree with myself. She tends to have a more mystical view of how the “Gospel” will necessarily inform the individual believer’s conscience than do I. If she is a conservative, then she is certainly at least what might be called a “liberal conservative” in Peter Lawler’s parlance.

But she certainly is right to point to the necessary task of each individual believer to work for the good within their own spheres of influence regardless of whether the church holds an “official position” on any particular issue. She is, at least, consistent in holding that the church has a particular primary role, and official legislative advocacy is not it. “I care about these issues,” she writes. “Still, I—the single sheep—am not succeeding in doing anything about them. However, if I care, and try, in Christ, in all the little ways he puts in my path, then success ceases to be important.” Or another way of putting it, perhaps, is that we come to define success differently than the world does, in terms of faithfulness and obedience rather than victory.

What I have sometimes called the social sources of ecumenism run both ways politically, and it is important to realize that this can lead to a form of idolatry regardless of whether the position advocated for is, in fact, entailed by or even consistent with the gospel.