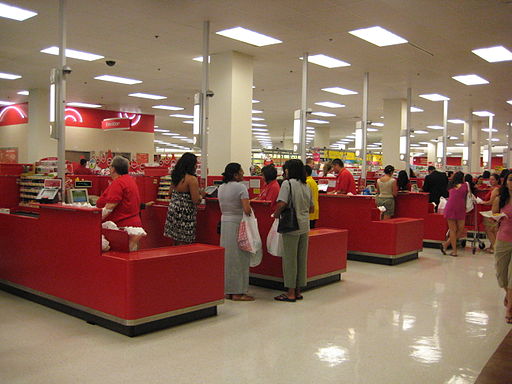 There’s an intriguing piece in the NYT from last month by Hiroko Tabuchi that explores some of the challenges facing traditional retailers (HT: Sarah Pulliam Bailey), “Stores Suffer From a Shift of Behavior in Buyers.”

Department stores like Macy’s and Kohl’s seem to be losing out on the rebound in consumer spending. “Department stores made up one of just two categories tracked by the Commerce Department where spending declined, the latest in a choppy performance from them this year. Spending at electronics and appliance stores also fell 1.2 percent in July,” writes Tabuchi.

One major explanation offered by Tabuchi’s sources is that this part of a larger paradigm shift in American consumer attitude. “The religion of consumption has proven to be unfulfilling,” says Richard E. Jaffe, a retailing analyst, “The ‘pile it high and watch it fly’ mentality at department stores no longer works.”

Research has been touted in various outlets that spending money on “experiences” rather than “things” is more fulfilling. This observation makes some intuitive sense, of course, in that human beings are not merely material consumers but also are designed for human relationship. Where experiences help to nurture and strengthen such relational ties, it is easy to see why they might be more fulfilling than the relatively impersonal exchanges that characterize the extended commercial order.

In other ways, however, this contrast between “experiences” and “things” cuts too simply. Kabuchi closes with a quote from Rajiv Lal, professor of retailing at Harvard Business School: “With affluence, people have so much stuff in their closet…. And if they don’t see anything in stores they fancy, they’ll seek out experiences. It’s experience versus the mundane.” Perhaps in America many of us have simply grown so affluent that our material needs are largely met and so our disposable income can reasonably be expended on things higher on Maslow’s hierarchy of needs.

I think there’s something more going on here, though. Tabuchi notes that people aren’t necessarily spending less; they’re spending differently and in different places. The shift may be less simply “experiences” over “things” than, at least in some cases, “internet” over “brick and mortar.”

Along with a partial (not total) shift from analog to digital, there are other shifts: away from big toward small, away from distant to local. Big corporations aren’t going away, but there is also a larger sociological trend away from “big” institutions, including big business. Large department store chains are likely to suffer as many traditional suburban malls suffer. But as Joel Kotkin rightly notes, things are more complex: “It’s clear the mall is transforming itself to meet the needs of a changing society but is hardly in its death throes.”

Moreover, the idea that a “religion of consumption” might only apply to material goods, and not sensual experiences, is a pretty truncated and flawed understanding of hedonistic materialism. People can just as easily “consume” experiences as they can things, with little significant moral and spiritual difference.

If the “experience” over “things” explanation captured the key causal factors, you could expect big department stores, along with malls and the suburbs, to simply wither away. Kotkin concludes, however, that malls and retailers find success through transforming, in part by increasingly selling the shopping “experience” and their stores as “destinations.” As my wife certainly knows, shopping can be an experience, and one that builds relationships…perhaps not so much with the retailers as with her friends.

Thus these traditional retailers may be facing a more complex set of factors, not so easily captured in an “experiences” vs. “things” distinction, that, without responsive transformation, would represent larger threats to their sustainability over the long term.