Recently at the Imaginative Conservative, David Deavel, assistant professor of Catholic Studies at the University of St. Thomas, reviewed one of the newest contributions to the Acton Institute’s long-running Christian Social Thought monograph series: Justice in Taxation by Robert G. Kennedy.

After framing the review with a personal touch, Deavel outlines the central questions of Kennedy’s book:

The Gospel answer to whether it’s lawful to pay taxes is that we should indeed “render unto Caesar what is Caesar’s” (see Mark 12:17). But what is the extent of that duty? May we … both sanctify our souls and evade our taxes? As it so happens, my colleague Robert G. Kennedy’s recent book, Justice in Taxation, another handy little (121 pages!) volume in the Acton Institute’s Christian Social Thought series, addresses just such questions.

In particular Deveal highlights the roles of justice, the common good, and the nature of government in Kennedy’s analysis:

[W]e need taxes to run government, which is a natural part of society, and not merely one that is necessitated by the Fall. And government is primarily responsible for securing the instrumental common good of society (and to lesser extents civic friendship and beatitude). But governments, especially in the contemporary world, have often taken up many tasks beyond the roles proper to them, some of which are roles that might be better left to civil society and some of which are roles they ought not to have. Think totalitarian government control over Church and family.

With Kennedy’s help, Deavel eventually finds an answer to the age-old question, “[H]ow much ought I to render unto Caesar given the current tax regime?” But you’ll have to read the whole review to find that answer for yourself.

You can read Deavel’s essay, “How Much Exactly Do I Have to Render Unto Caesar?” at the Imaginative Conservative here. 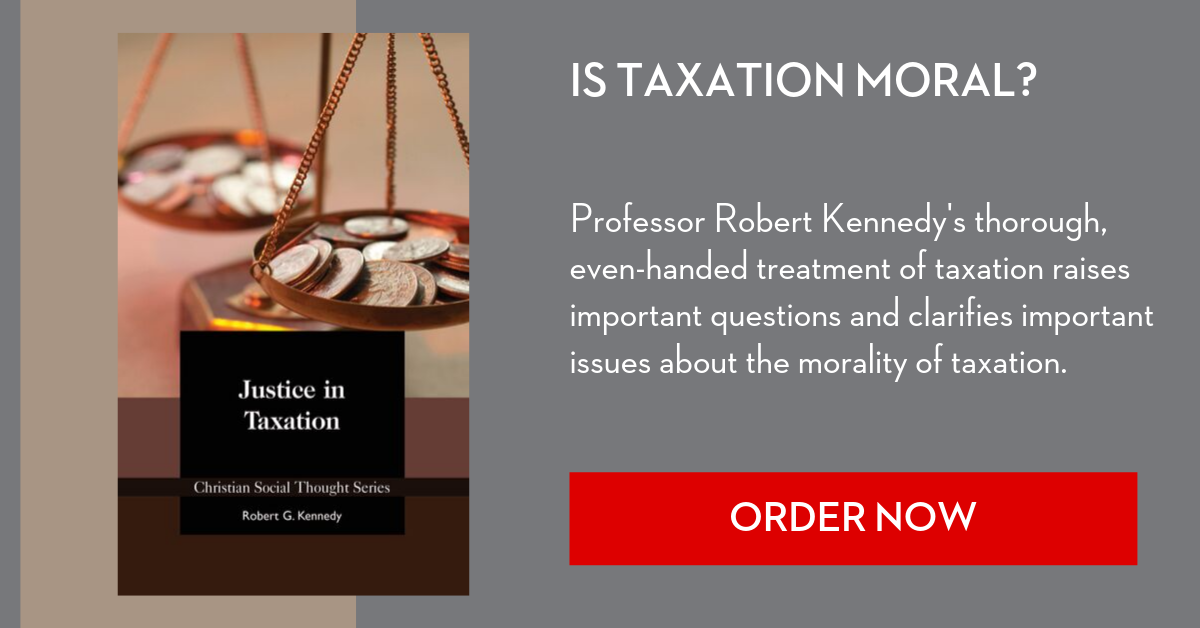