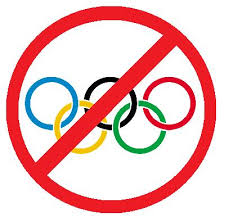 On Valentine’s Day, just one day before having to tender its application to the International Olympic Committee in Lausanne, Switzerland, Italy’s pragmatic Prime Minister Mario Monti showed no romantic spirit by canceling his nation’s dream to host the 2020 Summer Olympics.

In a last-minute decision made Feb. 14, Prime Minister Monti explained at a press conference that the already overburdened Italian taxpayers simply cannot afford to finance the estimated $12.5 billion to bring the 2020 Olympic Games to Rome.  “I do not think it would be responsible, considering Italy’s current financial condition.”  (See video below.)

The news sent shock waves through the national media and angered Rome’s Mayor Gianni Alemanno, who had aggressively put together the logistical plan and budget.

Yet Monti is no dupe and was honest enough not to hoodwink his nation into taking on financial responsibilities it is in absolutely no position to accept.  Finally, we are seeing an Italian politician demonstrating some degree of practical realism and sense of sacrifice. The Italian Premier, while spearheading historic fiscal reforms, wants the country to wake up and smell its caffe by finally shedding the need to fund unwarranted public expenditures.

While time will tell whether Monti and his government are making wise decisions, the heart-wrenching financial assessment was based on few simple black and white economic facts. Italy has an unbridled a national debt to GDP ratio, which has swelled from 115 percent  in 2010 to 120 percent in 2011 while experiencing stagnant growth and uncontrolled inflation over the last 10-15 years. Next you have the nation’s toxic dependency on massive public welfare programs, despite Monti’s drastic attempts to change Italy’s entrenched entitlement culture.  Then you add in widespread tax evasion, very little new entrepreneurship among young business persons, the Italian bond and spread crises, Standard and Poor’s further stripping of Italy’s credit rating (from A to BBB+) and downgrading 34 of the country’s top credit institutions at the start of 2012 and you got a country that is on the verge of insolvency.

It couldn’t get worse, but a day after Monti renounced any Olympics bid ANSA news service announced Italy had officially entered a recession with negative growth recorded for the last two quarters.

No Olympics, no gold. But whatever wealth seemed guaranteed at the end rainbow, it would be foolish to think the 2020 Games would bolster an entire national economy for more than a very limited period (and quite realistically, only the benefactors of Italy’s crony capitalism and the mafia-infested public works sectors).

It is high time that Italians themselves start permanently growing their economy through new forms of entrepreneurship — just like it did in its economic boom era when Italy last hosted the Summer Olympics in 1960 —  and not count on riding on the tails of the government’s large-scale, short-lived public projects.