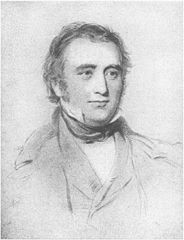 Looking through my back stacks of periodicals the other day I ran across a review in Books & Culture by David Bebbington, “Macaulay in the Dock,” of a recent biography of Thomas Babington Macaulay. The essay takes its point of departure in Lord Acton’s characterization of Macaulay as “one of the greatest of all writers and masters, although I think him utterly base, contemptible and odious.”

As Bebbington writes, “Acton, a towering intellectual of the later 19th century, was at once a strongly ideological Liberal and an entirely faithful Catholic. He considered Macaulay insufficiently liberal, and Acton, as somebody aware of the eternal law of God, felt bound to censure the historian.” It is one of the marks of Lord Acton’s historical approach that he was unwilling to bracket the question of morality from his historical judgment. As Acton contended, “Moral precepts are constant through the ages and not obedient to circumstances.” The historian could not thus proceed as if such a moral order did not exist, or was irrelevant, to the events and actions of the past. In an essay on Acton’s view of the historian, Joseph Altholtz describes Acton’s “ideal of the historian as judge, as the upholder of the moral standard.”

The biography of Macaulay at issue is by Robert E. Sullivan, who Bebbington describes as “also of liberal inclinations; and he, too, is a loyal Catholic with a firm moral outlook. The result is a biography treating Macaulay as base, contemptible, and odious.” So in one sense, argues Bebbington, what we have in Sullivan’s work is an Acton-esque biography of Macaulay, which takes into account and, indeed, passes severe moral judgment on Macaulay.

As Bebbington concludes, the biography “is less history than indictment. Macaulay stands charged with being corrupted by power—not so much his own power, even though he sat in parliament and was twice a government minister, as the power wielded by Victorian Britain.” Macaulay was captured by the triumphalism of an empire at the height of its powers, and thus propagated an imperialistic ethic:

Macaulay pandered to his country’s taste for self-aggrandizement when it was unequivocally the most powerful nation on earth. Most crucially, he sanctioned genocide: “it is in truth more merciful,” wrote Macaulay in an essay of 1838, “to extirpate a hundred thousand human beings at once, and to fill the void with a well-governed population, than to misgovern millions through a long succession of centuries.” Sullivan returns to this judgment again and again, clearly deeply troubled by it. He is outraged that Macaulay has benefited over the intervening period from silence about his “imperial ethic of extermination.” Sullivan will not remain silent.

In this way, Sullivan is seen as taking up Acton’s mantle. For as Bebbington writes, Sullivan’s critical attitude

is very much what Acton might have adopted. Acton famously remarked that “Power tends to corrupt, and absolute power corrupts absolutely.” Sullivan, who alludes to a version of the dictum at one point without naming Acton, holds it to be true. He also maintains Acton’s principle that the historian must make rigorous moral judgments. For Acton, persecution was an unpardonable crime. In the same way, Sullivan believes that mass murder must be condemned as an execrable evil.

Bebbington proceeds to outline many of the potential pitfalls of such an approach, and how they actually come to fruition in Sullivan’s work: “We do not know what allowance has to be made for conditions in the past.” In Bebbington’s view, Sullivan brings a kind of persecuting zeal to his indictment of Macaulay that “turns his book into a pursuit of his quarry for almost every imaginable misdeed.” Bebbington thus concludes, “Macaulay may have shared in the corruption that Acton attributed to any who exercise power, but he was not as black as he is painted here. He was not base, contemptible, and odious.”

Now it must also be said that Lord Acton characterized Macaulay as such in a letter, and not in a work of historical biography. The application of moral critique need not be pressed to the extreme to become relevant to historical judgment. Even if Sullivan’s work applies such moralizing into excess, however, it is not necessarily an indictment of Lord Acton’s approach, for the abuse of a thing is no argument against its proper use.

Indeed, a more thoroughgoing application of Lord Acton’s dictum about the corrupting tendency of power would apply it to the power the historian exerts as well. This stance of sitting in judgment on the far side of history can turn into a kind of self-righteousness, which corrupts the reliability and the veracity of the historian’s work. This is perhaps why Altholtz describes Acton’s view as “the most noble ideal ever proposed for the historian,” but goes on to say that “it is an ideal that has been rejected, perhaps with grudging respect, by all historians, including myself.” As Scripture makes clear, God is the only one who impeccably judges the hearts and deeds of men: “At the set time that I appoint I will judge with equity,” says the Lord (Psalm 75:2 ESV).

The power of the historian in exercising moral judgments may well tend to corrupt and therefore need to be circumscribed. But this is not an argument against all exercise of such power. It does mean, however, that Lord Acton’s twin ideals of moral judgment and objectivity must be held together, or ultimately not at all.