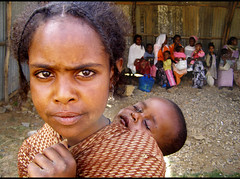 How did this happen? Presidents and prime ministers in the West have made grandiloquent speeches about making poverty history for fifty years. In 2000 the United Nations announced a series of eight Millenium Development Goals to reduce poverty, improve health and so on. The impact of such initiatives has been marginal at best.

Almost all of the fall in the poverty rate should be attributed to economic growth. Fast-growing economies in the developing world have done most of the work. Between 1981 and 2001 China lifted 680m people out of poverty. Since 2000, the acceleration of growth in developing countries has cut the numbers in extreme poverty outside China by 280m.