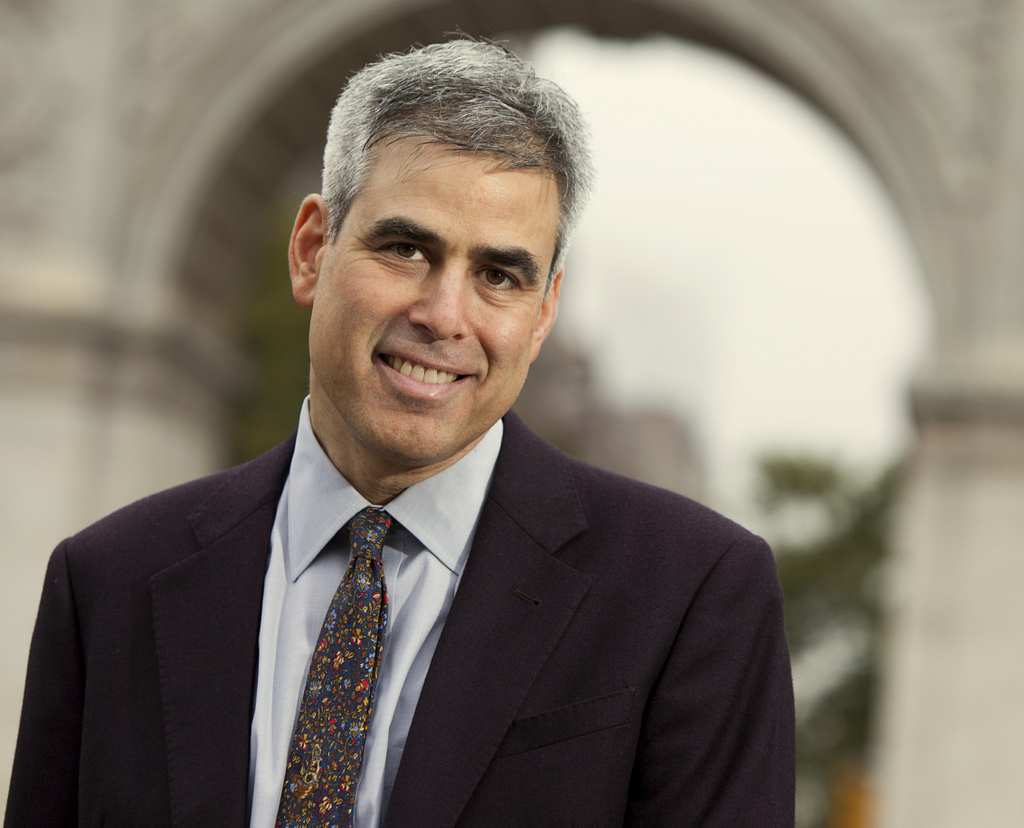 Two weeks ago I attended a lecture at Grand Valley State University (GVSU) by Jonathan Haidt, author, among many other books and articles, of the book The Righteous Mind: Why Good People are Divided by Politics and Religion. Haidt is a social psychologist whose research focuses on the emotive and anthropological bases of morality. His talk at GVSU for their Hauenstein Center for Presidential Studies and Business Ethics Center, focused mostly on the question of the roots of our political divides in the United States and how to move our public discourse in a more civil direction.

He began by noting that in academia he encountered very little conservative political and moral writings. Why not educate people in both? he asked. Good question. His talk at GVSU was, at least, one preliminary contribution. While it did not systematically get into the specifics of liberal and conservative perspectives, it aimed to help people understand the moral and psychological bases of both.

Next, he framed his presentation by offering some good news and some bad news.

He concluded his good news by saying, “We should be dancing in the streets!” But, then, there is the bad news….

So what happened? Before directly answering that question, Haidt outlined some of his own research and presuppositions:

Interestingly, Haidt claims that while the Left highly values #1 first of all, then #2 and #3 secondarily, the Right seems to more consistently incorporate all six foundations. The Left tends to reject the importance of loyalty, authority, and sanctity, though he did later note some near exceptions. Topics such as same-sex marriage and environmentalism have a sort of sacred quality to the Left, according to Haidt, though he cautioned that even so this is not the same or as strong as how that foundation is built upon more broadly by the Right.

In summary, he noted that large scale cooperation is actually quite rare in nature, but we (and bees) are an exception. The way we do it (lacking a hive mind) tends to be as follows:

So, again, what happened in the United States? Why are we so polarized today. Unfortunately, Haidt ran out of time when he came to this part of the discussion, but he did manage to get the following points across:

Unfortunately, that was where he had to stop. He had about four more items and barely touched on even the last two above (which is why I have no more notes). I would really have loved to hear how he could tie all these things together as a cause of polarization. I found myself wondering if these were simply more symptoms of polarization — their explanatory power was left unclear.

As for what we can do now, on an individual level he gave the following advice for upcoming Thanksgiving dinners: The worst conversation strategy when speaking with someone who holds a different political (or religious) view is the point-by-point rebuttal. A better approach is to find common ground — get the other person to say “yes” before suggesting any alternative perspective. Haidt himself did a good job of modeling what he was advocating: staying neutral while pointing to areas of common ground.

Lastly, he tried to address whether there is any hope for Washington, DC. First of all, he emphasized that DC is “in its own world.” Currently, they have no feedback mechanism for policy decisions other than what makes them money. The way we run elections favors extremists. Campaign finance reform will be difficult with the current Supreme Court. In short, the next 5-10 years do not look very good.

Rather than becoming despondent over that, however, he recommended that citizens take matters into their own hands. Depolarization begins at Thanksgiving dinner, not the voting booth.

For more on this and other subjects, check out Jonathan Haidt’s webpage here.