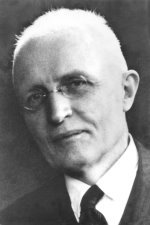 On January 14, as Brad Chacos so perfectly put it for PC World, “a Washington appeals court ruled that the FCC’s net neutrality rules are invalid in an 81-page document that included talk about cat videos on YouTube.” Reactions have been varied. Joe Carter recently surveyed various arguments in his latest explainer. For my part, I recommend the German, ordoliberal economist Walter Eucken as a guide for evaluating net neutrality, which as Joe Carter put it, “[a]t its simplest … is the idea that all Internet traffic should be treated equally and that every website … should all be treated the same when it comes to giving users the bandwidth to reach the internet-connected services they prefer.”

Eucken and other ordoliberals have been credited with greatly contributing to what is known as the “German economic miracle” after World War II, which — just in case anyone has been living under a rock — Germany fantastically lost. The country’s economy was devastated by war on the one hand and by failed central planning on the other.

In This Unsuccessful Age, Eucken surveys the history of the German economy from the late nineteenth century through the first half of the twentieth century. Relevant to the debate over net neutrality, Eucken critiqued the idea that free competition inevitably led to centralization.

Instead, he notes how the early-twentieth century era of laissez-faire actually favored freedom of contract over freedom of competition. This was before most antitrust laws (which in Europe the ordoliberals were instrumental in creating), and thus cartels were legal in Germany at the time.

Eucken observes the following progression: concentration of economic power (both of production and labor) led away from equilibrium prices, impairing social justice. This situation of concentration led to instability, which led to calls for reform.

In response, the state was called in to fix prices and regulate industries. Often, however, the regulators had close ties with the industries and the result tended to be an explosion of cronyism and in some cases nationalization of whole industries, transferring power from a private monopoly (or oligopoly) to a state monopoly, but still a monopoly. Central planning and policies of full employment led to supply shortages, preventing people from getting products they needed while resources of the country in some cases went unused. Inefficiency abounded, and it hurt nearly everyone. In desiring economic security, people sacrificed their freedom, and in the end got neither, for “security presupposes the possession by the individual of liberty and choice of action.”

So what does this have to do with net neutrality? The point of net neutrality is to limit freedom of contract for service providers so that they cannot concentrate power with other businesses. For example, Joe Carter summarized one concern of supporters of net neutrality:

ISPs [Internet Service Providers] could stifle innovation by forcing its customers to use preferred services that have a contract with the ISP. Larger companies, for instance, would be able to pay higher fees to the ISPs, while new, smaller start-ups may not have the resources to pay for access to the ISPs customers.

The gist of it is that a service provider could bundle their Internet access with other benefits, such as, for example, a free or discounted membership to Netflix, while charging more for the use of a competitor, such as Hulu Plus. Instead of a playing field of free competition, suddenly the companies that can get the best deals with the best service providers would have a significant advantage over new online services. This, at least, is one argument in favor of net neutrality.

Not everyone, however, thinks that net neutrality was a good thing. For example, Larry Downes argued in Forbes that it was an overreach of the FCC and that federal anti-trust laws already cover any contractual collusion that supporters fear:

[T]he market is turning in the direction of consumers and large content providers, who each have increasing leverage to police broadband providers. Already Netflix, the hypothetical victim in a world without the FCC’s babysitting, has begun dictating its terms to ISPs and not the other way around. The promise of true intermodal competition between wired and mobile broadband services will add to that pressure.

Nor are consumers lacking powerful legal protections. If ISPs do behave in anti-competitive ways that translate to genuine consumer harm, the Department of Justice and in particular the Federal Trade Commission—the real experts in competition law—stand ready to step in, as they have readily done in plenty of Internet-related dust-ups.

First of all, his criticism relies partly on a straw-man. While Netflix may have been the hypothetical example used by some, the fact that Netflix now is looking for ISPs to offer it special deals is a perfect example of concentration of economic power through expanded freedom of contract and at the expense of freedom of competition. He critiques the details of his opponents’ example without truly addressing the concern the example was meant to illustrate.

If that isn’t enough, Joshua J. Schroeder has shown in the Berkeley Journal of Entertainment and Sports Law how even under net neutrality companies actively attempted to get around the regulation through bending copyright protection privileges. Now that, to some extent, the fence they were climbing has been removed, how much easier will they cross the line?

Yet Downes assures his readers,

Well before the FCC’s Open Internet Order (the agency never uses the term “net neutrality”), billions of dollars of new value were created by companies including Google, Facebook and Twitter, with hundreds of new start-ups launching every day.

This claim is specious given that Facebook had only existed for a year in 2005, and Twitter did not exist at all. Furthermore, as David Talbot has noted, it is precisely Google and Facebook who are exploiting the lack of net neutrality in the developing world. Why should we trust them not to do so here?

That said, Downes may have an important point that net neutrality was outside of the scope of the FCC. And perhaps he is right that we already have the antitrust laws that we need, and that “the Department of Justice and in particular the Federal Trade Commission … stand ready to step in,” but I’m not convinced.

Whoever is responsible for and best at enforcing it, net neutrality had this going for it: it was a relatively stable, relatively open playing-field for competition. As noted, the fact that companies tried to get around it via copyright protection privileges shows that it was, in fact, doing something to enforce freedom of competition. Now, without it, there is an opportunity for concentration of power, as Downes himself has noted with regards to Netflix, for example. As Eucken illustrated, concentration can lead to instability, and instability leads to popular calls for state regulation, which tend in practice toward cronyism. Certainly, such a trajectory is not inevitable, but it is now more likely, giving good reason for pause at the idea that we do not need net neutrality — or something like it — in the future.