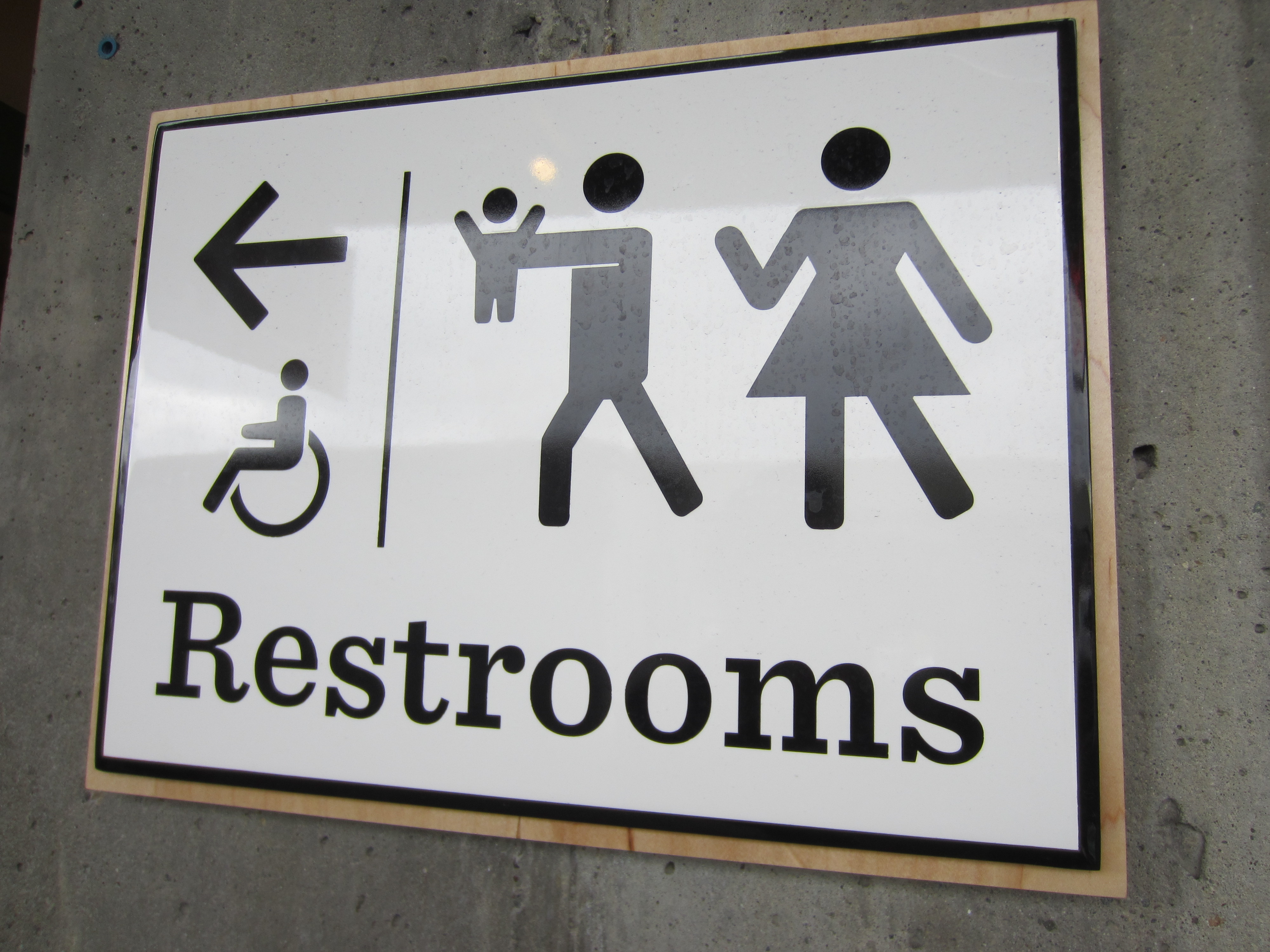 I want to be very clear from the outset that moral concerns surrounding transgender identity are not unimportant. But in the likely event that we don’t come to any national consensus on that question any time soon, it is important not to overlook other moral and social concerns that are far more pressing. In particular, there are legitimate concerns regarding safety and privacy, no matter which side one favors, but resorting to the force of law will leave some real victims vulnerable.

On the one hand, the Anti-Violence Project’s 2014 Report on Lesbian, Gay, Bisexual, Transgender, Queer, and HIV-Affected Hate Violence found that compared to violence among the general population, “Transgender women [i.e. biologically male] survivors were 1.6 times more likely to experience physical violence and 1.6 times more likely to experience sexual violence, when compared with other survivors.” I have seen headlines connecting this violence with restroom use in the past, but now that the issue has become politicized those stories are harder to locate. In any case, privacy and safety are real and major concerns for many. We should not be indifferent to this.

On the other hand, according to the CDC,

Again, privacy and safety are real and major concerns here. We should not be indifferent.

Politicizing the issue, however, makes it into an us vs. them, zero-sum game, where, no matter who wins, people who may already be real victims end up losing.

We have examples of this at a state level in North Carolina and at the national level with president Obama’s recent executive order on public school restrooms. In both cases, one population’s privacy and safety are sacrificed for the sake of another. The details of these particular examples and the debates surrounding them are important, but not for the question I’m addressing here. I could use hypothetical examples to illustrate my point, but the reason for citing these is simply to show that this political approach is currently being tried by both sides of the issue and affecting people’s lives in the present.

Another problem with politicizing the issue is that it leads to dismissing the real concerns of others. Are there real activists who simply want to undermine traditional cultural standards through law? Sure, probably. Are there people who simply want to discriminate against those who self-identify as transgendered? Sure, probably. There are all kinds of people in our country. But it is unfair to only look at the best of one’s own position and the worst of the other.

To illustrate the danger of this politicizing tendency, consider this: I have even, for example, heard some say that the concerns of victims of sexual assault (nearly 1 in 5 women) who would not be comfortable with allowing people to choose a restroom other than that which corresponds to their biological sex are supposedly overblown. After all, I’ve heard it said, we already have laws against sexual assault and no one is asking to repeal them.

But that obscures the fact that sexual assault victims (and others, of course) may legitimately fear, for example, a man dressing as a woman and entering their locker room for purely voyeuristic reasons. A lesser creeper like that need not assault anyone to violate their safety and privacy, and doing so may technically be legal as an unintended consequence of a transgender-friendly law.

Furthermore, one could just as uncharitably say that, after all, we already have laws against assault and battery and no one is suggesting that we repeal them, so why do transgender people and their supporters want to impose their restroom policy preference by law? If they rightly fear that their use of a particular restroom will be met with violence, then the concerns of those worried about sexual assault are legitimate as well. Both are warranted.

Both of these are populations (incidentally, not without overlap) who often face a lot of fear just to voice their concerns and tell their stories in the first place. It is a shame that we would silence one or the other over partisan loyalties. Forcing these concerns into simplistic memes and campaigning for state or federal restroom laws leaves one demographic’s legitimate concerns over safety and privacy unmet for the sake of another.

But what else can be done?

Permitting transgender people to use facilities involves issues of respect for individual difference and the privacy of personal space. I am not sure how I would resolve these issues myself. It may well depend on circumstances, such as context and place. But we will make more sensible resolutions of these issues in the long run, if the businesses and localities are allowed to make their own decisions for private and public facilities respectively.

If a company (like Target) wants to implement a progressive restroom policy, those who would feel unsafe or otherwise object are free not to shop there.

If a company (like Hobby Lobby) wants to enforce traditional restroom practices through their own store policy, those who would feel unsafe or otherwise object are free not to shop there.

This is a win-win, rather than zero-sum, solution.

Furthermore, if a company has the luxury of a third restroom (usually designated a “family restroom”), then they will be able to accommodate everyone, no matter what their general restroom policy is. (I.e. those who fear for their safety and privacy can use the “family restroom,” which typically is designed for single or family occupancy and has a lock on the door.) But not all businesses have these, and not all those that don’t can afford to add them.

At the very least, limiting ourselves to prioritizing property rights in this case would give us time to continue the important national discussion on transgender identity in general, with the hope of coming to some kind of cultural consensus. But resorting to the force of law at this stage will only guarantee that some real victims are left vulnerable, that the national discussion is not allowed the time it needs for clearer heads to prevail, and that any better so-far undiscovered win-win solution will continue to be overlooked.